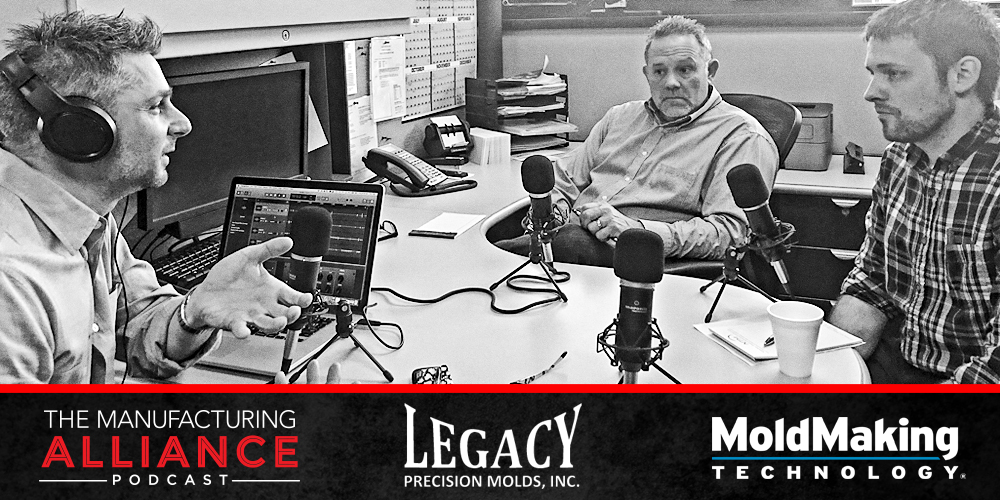 In this episode Christina Fuges of MoldMaking Technology and I sat down with Tom VanRee and Tyler VanRee, the father and son team of Legacy Precision Molds. We tackled corporate culture, family values, succession planning, and so much more. This goes down as one of the best shows ever as we covered many topics that are near and dear to my heart. After spending some significant time with this shop it won’t surprise me to see them one day be recognized as one of the best mold shops in the country. “Tyler VanRee, vice president at Legacy Precision Molds Inc., is a second-generation moldmaker who is not inclined to back down from a challenging mold project. His goal is to lead his team to deliver quality molds through ingenuity, “nimbleness” and a dose of home-grown integrity.

Integrity is a quality Tyler says his father, Thomas, founder and president, set a precedent for when he launched the Grand Rapids, Michigan, company in 1995. It began when Tom decided to strike out on his own after working at another Grand Rapids mold builder, Classic Die, for 12 years. He told his boss he was leaving to blaze new trails, not to chase Classic Die’s existing customers. He kept his word, all the while imparting the importance of such integrity to Tyler and Tyler’s younger brother Seth, who also works at Legacy, as well as ingraining it into his shop’s culture.”

Read the full article from Moldmaking Technology:  Legacy Precision Molds Aims for Ingenuity in Every Job

If you liked the show, please subscribe via iTunes or if you would prefer, keep checking back here for new shows. Thanks for listening.